I'm just not sure whether I should be celebrating the start of the Olympics with pics of naked skiers or keeping it more low-key because of the horrible death of the Georgian luger today. Tragedy on a magnificent scale. The video was horrific, what a terrible way to start such a positive event. My heart breaks for everyone involved. Maybe I'll save the guys for tomorrow.

Nodar Kumaritashvili 1988 - 2010
On a much more positive note, for those who haven't read it yet, head over to Kris' place and read Wren's amazing story that she wrote with some pretty tough restrictions. Well done Wren.

I am officially a Kiernan Kelly fangirl. Lucifer (yes the Devil) is trying to cope with overcrowding, short staffing, security system issues and he's more or less given up on trying to recruit more souls or take over heaven again. He's got too much crap to deal with. Suddenly his lover who refused to stand with him in the original battle shows up. Despite the millennia Lucifer is attracted to Uriel and the interest is returned. Seems Uriel was sent to confirm that Lucifer has been going on easy on some souls, he says yes he is because some people shouldn't be there. I'll be honest there is a bit of a diatribe against organized religion which may turn some people off who feel strongly about things, but do babies who weren't baptized deserve to be in hell or someone who ate meat on Friday? The problem is even if the "sin" is rescinded (i.e. meat on Friday), once he's got the soul he's stuck with it. Lucifer knows he only has one night (Christmas night - hence the tie in) with Uriel and he's prepared to make the most of it. Will it be their last night for another dozen millennia? Kiernan Kelly can write with such humour, she just tickles my funny bone as her humour is like mine and the way she "speaks" just does it for me. (Can you hear the fangirling here?) But then she takes a serious subject like religion or acceptance like in As Serious as the Grave and mixes them together without it seeming jarring. I also think I must be PMSing as I was needing a tissue because you could feel the pain Lucifer and Uriel felt at being a part all that time and knowing it was their last chance. Or maybe it's the Olympic thing getting to me, but anyway I totally adored this. It mentions stuff that happened in On the Head of a Pin and Archangels Unleashed her other books with the angels and demons but it's just a passing reference and you don't NEED to read them to enjoy this little short.

James is an ambulance driver who's had a crush on ER Dr. Calvin for a while but Calvin never seems to show any interest. Meanwhile Calvin's been crushing on James and Calvin's friend, a nurse, finally makes him do something about it. He goes out to talk to James in the ambulance and make a pretty ballsy move then can't believe he did it. His friend convinces him to come to the bar with her as she knows James will be there so he can try again. He does and things go great, James goes home with him, they have hot sex and James disappears. Seems he has some insecurity issues and can't believe Calvin, a rich Dr. would want him for more than a quick fuck. After some misunderstanding Calvin forces the issue and convinces James he does want more. It's a cute little story with just some minor angst about two guys getting together. A nice little read. I enjoy this author's writing style. 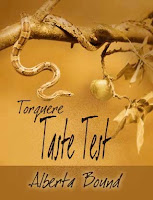 This is a trio of stories set in Alberta. 1) Set in 1978, Randy works on a dude ranch about 90 min. from Calgary. Every year during the Stampede he hooks up with American cowboy Daryl. This year Daryl is talking about retiring and wonders if there would be a job for him at Randy's ranch. 2) The second story is a Canadian champion figure skater who comes back to his small Alberta town for Christmas. He couldn't wait to get away when he was 16 and left behind his friend Alex who was bullied because of his size (Jason because he was a figure skater and gay). Alex comes over and they reconnect when they go to the outdoor rink and despite Jason's crappy performance at the World's, Alex has complete faith in him and Jason invites Alex and his girlfriend to come to the championships in Ontario. No love interest with Alex as Jason has a boyfriend - just the value of friendship. 3) Josh, whose boyfriend died of cancer over a year ago has started obsessively taking pictures because he realized he was forgetting things about his life with is lover. He takes hundred of pictures a day of every little thing. On a hike he comes across a guy getting a BJ so takes his picture. When his therapist convinces him to come to a grief group he meets the guy in the picture who's lover had also died. He realizes he had no right to take the picture and makes a copy for Devon and deletes the file. Devon comes over to talk and ask why and they have coffee and after Josh realizes he never even took any pictures.

To be honest this was kind of a weird mix. Okay, the first one was set in the 70's and kept referring to a chick with Farrah Fawcett hair. LOL But it was okay. I liked the skating story, I understood Jason's need to get out of the small town (and I'm not gay or a figure skater) and the value of friendship. But the last one was kind of out there. Why did he print the picture for Devon? Like a guy WANTS to know you were watching him? He's lucky he didn't punch him. Let's just say it wasn't what I was expecting given the other Taste Tests I've read from Torquere. But if you're looking for something non-traditional it would be a good choice.
Posted by Tam at 8:28 PM

Hmm. I might even have that Kiernan Kelly short on my reader... And the Stephani Hecht sounds promising.

I think it happened late in the day and I wouldn't have known if I hadn't tuned in for the pre-opening ceremonies show. Just awful.

I loved the Kiernan Kelly one but I was all emotional at that point so who the hell knows. LOL Maybe it's crap, but I doubt it. :-)

Nah, you've been holding true to the Kiernan Kelly for a while. :)

Tam, can I just say I'm falling in love with Canada? I'm watching the opening ceremonies and really enjoying them. The fiddling dancers have been my fav so far, but everything's been beautiful. I love the diversity I see in the people!

And yes, the luger's death has cast a pall over the games, I think. And the luge is on deck for tomorrow...it just seems that this is one track they should reconsider. I know there are already blog rants and discussions underway.

And thanks for the shout out!

I saw the video a little while ago and it was just awful. He was so young, what a tragedy.

I've read the first two. Really enjoyed Kiernan's and the second was nice as well.

I've got the third in my TBR but haven't read it yet.

I'm glad you are enjoying it Wren. It's pretty well done so far.

It was terrible Lily.

I wouldn't rush on that third one. I think you have tons of books in your TBR that are more deserving of your time. It wasn't awful but not something I'd encourage you to move up the list.

We did hear about the Luge participant over here - what a way ot start the game...

I like the sound of the Hecht book until you said the big misunderstanding - sometimes I jsut want simply...

We are glued to the Olympic channel here all day now. LOL

The good thing I liked about the BM in that book was Calvin wasn't content to just make assumptions, he wanted to know why James left and fix it, usually they let it linger, so that was a nice change.

Thanks for the review of Running Hot! It was a great way to start off my week.

We've become addicted to the Olympics here, too. Even my youngest is getting into it. It's too bad about the luger, though. My heart goes out to his family.

Glad I could help make it a good Monday for you Stephanie. I'm still patiently waiting for Rat's story. Hint hint. :-)

It was a tragedy for such a joyful event.

Rat's story came out at eXtasy books today. I had so much fun writing it, too,