When I'm not busy reading and reviewing books here and at Brief Encounters Reviews, I do some writing of m/m stories. Most of them are up free at Goodreads. I've put the links and a few details about what I have out there.

Tam is a single mom to a teenage daughter who lives in Ontario, Canada. It was the encouragement and dares of some friends that inspired her to start writing m/m romance. Traveling as much as possible with her daughter, reading, writing, and playing around on-line keep her busy, in addition to her day job.

So that is me. Hang around here long enough and you'll probably learn more about me than you wished to know.

My most recently published story from Torquere Press is The Santa Problem.

Lane would do most anything to make his live-in love Gavin happy, but this is taking things too far. Just because Gavin can’t find someone to play Santa at his office building doesn’t mean it’s Lane’s problem, too. But Gavin can be very persuasive when he wants his way, and Lane may be taking on more than he can handle in order to keep his man content.

My first real life published story is Winterlude. You can find it at Torquere Press.

Eric hates the cold weather and his broken down car, which means venturing out on foot into the sub-zero temperatures. Navigating the icy sidewalks, he runs into Omar, literally. An impromptu hot coffee on the cold day finds that tattooed and pierced Eric, and government IT guy Omar might have more in common than they expected. When Omar is called away, before he can get the guy's number, Eric believes it may only have been a pleasant winterlude to temporarily distract him from the cold, or is there a possibility his winter will get a lot warmer?

I also have several free stories that have been posted around the net for a variety of reasons. Most you can find at Goodreads and can download there or if you search my site you might find one or two more hidden away.

Marcin finds himself in a bind when he's trapped in his shifter form and sold at a pet store. Can he win over his new owner and make his escape? After a few weeks with Hamilton, does he want to?

This was done on a bit of a dare when someone commented that you couldn't have a shifter who was a creature such as a hamster, that only the traditional canines and felines worked. I find myself unable to resist a dare at times, thus Marcin was created. 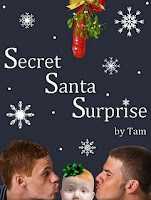 Aaron's life is perfect, he's about to propose to his ideal woman, work is going well, things can't get any better. Until the night of his proposal when a young man shows up claiming to have Aaron's child with him. It appears Ben's sister drugged Aaron, got pregnant and has since died leaving instructions that Ben and Aaron have to raise the baby together. That fact that he's straight and new roommate Ben is hot and openly gay doesn't mean anything, well, not much.


I was honoured to be asked by Kris to participate in the "Choose Your Own m/m Story" exercise last Christmas. I think I may have had one of the toughest ever. I can't see Secret Baby GFY catching on anytime soon. I have to confess I don't love my ending, but when the people speak, author's listen, well, sometimes. My criteria were:


1. part of the setting - a toy *waggles eyebrows* workshop
2. some background to one of the main protags - one of them is completely oblivious to attempts to get him under the mistletoe
3. another character/s - a weekend motorcycle club whose bikes are all named after Santa's reindeers
4. a conflict - *deep breath* finally engaged to the so-called woman of his dreams, one of the main protags finds himself left holding the baby after he discovers he was drugged and seduced by a former colleague at last year's Christmas office party *gasp* who was determined to have a child before her biological clock ran out but tragically died only months later leaving her gorgeous younger, gay brother and the main protag as joint guardians of the child... as long as they live together... *panting*
5. an object/phrase to be mentioned in the story somewhere - the last line of the story has to be 'And that's how you put the 'ho' in 'ho, ho, ho''. 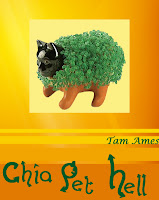 Xavier is the top male model in the world. On location in Guatamala, he wakes to find himself the prisoner of a madman, only he's not alone. Donovan, an Olympic athlete, missing and presumed dead for months is also a captive. The greenhouse full of Chia pets where they are being held may be indicative of something more sinister than even Xavier can imagine.

This is another example of what can happen if someone throws out a challenge. During a discussion of villains, Ally Blue tempted someone to write a story with a villain who collects chia pets, which was followed up by an additional challenge by Chris of making one of the Chia pets a shifter. *shrug* Perhaps Steven of the next story and I have something in common. 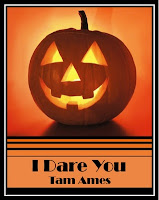 Steven is unable to resist a dare from his roommate Derek. However when the dare is to make a move on his secret crush and good friend Cory at the Halloween party, the stakes are high. When Steven finds out that Cory has a secret crush of his own, this may be one dare he's not going to win.

This is just a fun little PG rated short short that I put together for Halloween at Brief Encounters Reviews. Perhaps Steven and Cory will find something fun for New Year's Eve this year.

Hi this image belongs to me... its copyright has been illegally removed.
I am therefore asking evryone who has shared this image inncocently, to please remove my photo prior to my legal team investigating the culprit.
Thank You.

Did you mean the boy in the sneakers? If so I've removed it and I apologize for inadvertently using it. I no longer use this blog regularly. Clicking on the link you gave me gives a lot of posts with pictures so I just want to make sure that I've removed the right one.

If it is another picture on the site, please send me the picture address (right click and copy image URL) so I can make sure I got the right one.