I haven't seemed to have read that much in the last couple of days. Nothing too long anyway.

The Chocolatier by Elizabeth Jewell (62 pages)

First comment - the cover ugh. Not good using the dripping blood font to try and replicate chocolate and it's hard to read. Okay, now that I'm done with the negative I can move on.

Perry just turned 40 and lives in a small town in Colorado running the local chocolate shop. It's not really explained how but he imbues some of the chocolate with magic which will make you find your true love but it's never worked for him. One day Foster walks in. He's doing some marketing for a ski company and will be promoting the town. On impulse Perry gives him an extra chocolate penis he had made up for a bachelor party and it's "magical". They make a date and have a smexy time. Let's just say I've found yet another food lube. Guess what it is? The next day he finds out that a couple who got married thanks to his chocolate have split and he starts to get freaked and thinks that the only reason Foster is only with him is because he ate the magic chocolate, so he tries to break it of with him. Thing is, Foster never ate the chocolate. After he tells Perry (following some angstiness), they confess their love and hot chocolate smexin' ensues in the kitchen. I should have hated the insta-love and Foster is way out and proud and Perry has been more or less closeted but he's not anymore thanks to Foster which might have annoyed me, but both of them didn't bother me much. The chocolate smexin' was VERY appealing, however for those who dislike chocolate (and who should be banished from my life - heathens) it might not appeal but it was hot. So a cute little story.

Pasha is a whore/slave who has no memory before 5 years ago when he started his "career". He finds out he's actually a king (Helios) of a people who were attacked and now trying to start over and Griffin has been searching for him as they had a relationship before as well. I'm not going to go into details because I'm lazy and Jen did a perfect review of it which more or less echoes what I said so read that. I REALLY enjoyed this and the only thing was the ending was left hanging but it's been confirmed that there will be a sequel so I'm looking forward to that. I would recommend it, it's not all dark and depressing despite the subject matter. Actually, I thought this was rather amusing

I pressed my hips forward, catching our shafts in my fist. My light to his dark, my circumcision to his natural.
“That's new.” His gaze was hot and fierce.
“My cock? I'm fairly certain it's always been there.”
His grin flashed briefly. “No Lio, you've been cut. Circumcised.”
“Oh.” I stared at the smooth column of my shaft. “That must have hurt.”

I guess it also shows he's removed from things that happened to him before, kind of a detached from his own body. I really enjoyed this one. 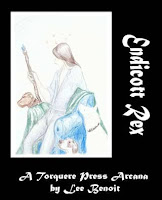 This is a continuation of the story found in Another Fine Mess which I read way back in Sept. The story about dog walker Endicott who discovers all o the town's dogs are dragons and he's some kind of wrangler continues here. Endi and Chief are getting to know each other when a reporter comes to town and stirs up trouble at the same time the dogs start disappearing. Seems the dogs were part of a secret experiment who they want to turn into weapons and David, Endi's "friend" is part of it and that causes stress with his relationship with Chief. In the end, Endi goes off more or less on his own to rescue the dogs. Okay, I seem to have forgotten that Endi's IQ is about 20 points below normal. They called him naive and innocent, I called him stupid. He was so slow to grasp what was going on, although I give him props for doing something about it when he did. I also found his relationship with his Dad's friend Chief who is 25 years older kind of odd. All of a sudden there was this whole D/s thing going on which I thought really added nothing much to the story since Endi was all on board with the plan. Eh. I cared more about the dogs and what was up with them than the two main characters. Not a good sign perhaps but I bought it because I liked the premise of the first one. 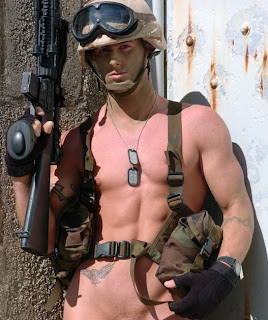 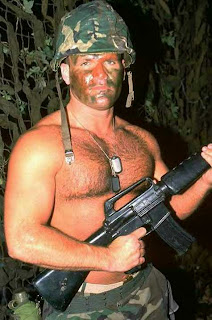 LOL at the guys for EH!

Ok, I'm definitely passing on Endicott Rex! I read the first one and it was ok, but... I always want to smack around the stupid heroes.

I read the Cassandra Gold that Torquere released today (Falling) and liked it. Reading Force of Law right now - I started out (first 1/3 or so) being squicked by the dynamics, but it's slowly turning around for me.

I didn't remember him being so stupid. LOL

I will check out the Cassandra Gold one. Is the other one the m/f/m? Eh. If I'm going to read menage I want a maximum number of penises involved. ;-)

I heard my name and the word men in the same sentence....

Thanks Tam - why does that first one look like he's wearing a body suit.... he's so pale...

I jumped the review of An Uncommon Whore - As I have that to read... I want nothing to cloud my judgement and you have a way of doing that...

I am now looking at how many pages I am losing out on for my monies worth....

I hate the cover on the first one - but I like the concept of it.. may get that one...

I think the first guy is Israeli, maybe they're pale? LOL

Hope you like An Uncommon Whore, I'll refrain from undue influence.

I would have liked more background about the magic part in the first story but it was a cute sexy read. God, I need some chocolate.

Chocolate. Yum. I think I'd favor firemen and/or cops over the military guys. Better yet, firemen dipped in chocolate!

Great soldier pics for E.H.! I'm with you on that Changeling cover -- I think you should send it in to Wave's contest.

I've only read An Uncommon Whore and really liked it.

The first one sounds yummy but the cover is ugly and the last one just doesn't grab my attention. I don't think I've read the first part of the story.

Nice pictures, I like the 2nd one better although the face paint has got to go.

I'm sorry guys but there must be something wrong with me. I hate it when the menz cover themselves with foodstuffs and lick it off. I just think 'ugh, that'll be sticky now' cos even saliva makes your skin sticky and itchy, so when they say 'he licked him clean' I think, er well actually no he's not clean just covered in another man's spit.

Besides it's a good waste of food.

Yes, I think I must be abnormal cos everyone else seems to find this a turn on.

Val: I think I'd have to send the entire Changeling catalogue to Wave. LOL Most of their covers are god awful.

Lily: If you hav3en't read the first one of that Endi story it's not worth it, not sure it's worth it if you have. :-) The first one was cute though.

An Uncommon Whore is been mentioned a lot among my fave bloggers and I'm starting to get really curious about it! :)
I think the men for EH are a bit on the hilarious side ;) all geared up like that but with nekkid chests...

It really was a good read Janna, I think you'll enjoy it.

Yeah, boys and their toys, showing of the big guns. ;-)