Update #15 Getting back in the saddle

I seem to have gotten back in my reading groove and actually read something of more than 30 pages. Well, still a couple of shorties I was following up on but seemed to be mostly mysteries for me this week.

The continuing story of Stanley and Tom. Tom quit the police force and they've opened a detective agency. Seems Stanley had an older brother that is now a possible terrorist and the feds are looking for him. You know that Andrew is a psycopath trying to get rid of Tom who saw him at their father's funeral and you're not sure if he wants to kill Stanley or not. In the end Tom is severely injured in a fire while Andrew escapes yet again. In the hospital there is yet one more confrontation between Stanley and Andrew and Tom finally says the L word. I enjoyed this story as well as the preceding two. Good mystery, Stanley and Tom are great characters and I love how they interact. Highly recommend the series.

This is a continuation of A to ... Despite the title this was less about Farro and more about Anthony. Farro's son is kidnapped by the mutant wolves who took him to the Dark Fae. They go to find him and bring home a Fae who has decided Farro is his mate but the author doesn't really get into their relationship but lots of time is spent on Anthony trying to become a wolf and the problems that causes. The fae invented weres but its now prohibited but some mad scientist is creating mutants so they are on his trail now.

Zero at the Bone by Jane Seville (302 pages)

Excellent mystery of hit man who goes on the run with his victim. Love ensues as he opens up about his life and why he does what he does plus the mystery of who is trying to kill him and who is trying to kill the victim who is to testify in a drug lord case. Lots of hit man type stuff, guns and fights and being on the run and blowing things up. I really enjoyed it and it kept me interested for 302 pages. I'll be honest, I haven't read the epilogue which I understand is more like the first chapter of the next book. Lots of debate over that but I will read it eventually. But for now I enjoyed the book immensely and will definitely check out the next one.

I seemed to be on a mystery bent. This starts after the stalker of a famous actor has supposedly been killed. Meanwhile the cop protecting him and the actor have started a relationship. Soon it looks like maybe the stalker wasn't killed (no body found) as the stalking starts up. The actor is "fragile" and at first everyone just thinks he's a bit paranoid but then it starts to get worse. Angst and a break-up ensue, the bad guy is captured (not the stalker who was dead) and they get back together. I didn't love Sean. He was so high maintenance, high strung I guess. Granted he'd been stalked for a year so I guess its allowed but you don't know all the details (I think those come in the next book) so he kind of annoyed me sometimes and I wanted to tell him to buck up and get a grip. Always a good mystery though with Josh Lanyon and I like his style a lot. 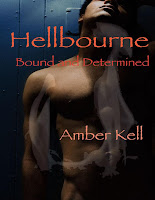 A continuation of the last one. Luc has his vampire servant who's feeling better, and he reconciles with his werewolf lover Bram. Meawhile he also gets a demon servant, an old friend who his brothers injured so he'd use his energy to heal him and be weak when he goes back to hell on his birthday. If his brothers can break him and he loses his soul to his father they get some kind of reward. The only way to get his strength back is to have sex with both Bram AND Nikkolai who also claims him as his mate. To save his life they agree to a threesome and to both admit he's their mate. Oh and there was a little "bonding" with Jerrod the vampire servant. So I guess the next book he goes to hell, we see if he survives and if the three of them can live happily every after. I like the character of Luc a lot and Jerrod, the alphas not so much, I get tired of the growling and "mine" "mine" stuff.
Posted by Tam at 8:54 PM

Hi Tam, I'm glad you enjoyed Zero! I understand the thing about the epilogue, but let me assure you that it is not the first chapter of the sequel. The sequel actually will pick up three years later, and the epilogue takes place six months after chapter 30, so there's over two years that passes between the epilogue and the beginning of the sequel. The epilogue was my attempt to portray what Jack and D's life is like now that they've rebuilt one together...where they work, where they live, who's in their lives and how they deal with each other.

Thanks for reading!
Jane Seville