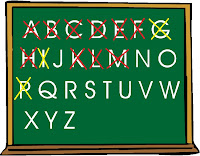 Well, I'm going about my alphabet challenge in my usual haphazard manner, but hey, whatever works. Gorgeous weekend here. Hope everyone is having a great weekend.

Gaps in Your Soul by Shayla Kersten (47 pages)
Ellora's Cave

Jared has been recovering from a combat-ending war wound when he is asked to serve as a groomsman at his best friend's wedding. 10 years ago he had a sexual encounter with the groom's younger brother Dalton, but Jared was focused on his career in the army and left without even saying thanks or good-bye. He's thought about Dalton all this time and thinks maybe they can connect. However Dalton has other plans. He's determined to return the favour, fuck and leave, but it doesn't quite go according to plan and both are attracted however Jared is far far in the closet and hurts Dalton several times by shunning him publicly until a discussion with the groom makes him wake up and smell the coffee. I enjoyed this read and felt for Dalton getting the hot/cold thing for Jared, I just wasn't sure with all Jared's fears about his career and his family concerns (pressure to have babies, disappoint his sister) that I could see them riding off into the Texas sunset HEA. I think the real drama is to come as I see Dalton being hurt more than once by Jared running back to the closet. One of those cases where I'd like to see if it really works out or goes down in flames.

Peter and Jason have been dating when they meet Peter's father. He's kind of unattractive and Jason is sure he hates him, however before long Peter gets a job in a TV show and they move to LA and in with Alders. Jason can't register for his Ph.D. program for a term so ends up spending a lot of time with Alders and starts to like him more or more. Peter knows something weird is happening and when he buys a house for them to move out, his father informs him that Jason is staying and they are together. This is really well written and I liked  how Jason got to know Alders beyond his looks, however at the end, what they did to Peter I believe may have caused me to say "You assholes." out loud. I could not be happy for them because in my opinion they treated Jason like crap, especially his father. Sheesh. And Jason didn't even have the guts to call it off with Peter, coward. So while I can appreciate the quality of the writing, I really have to "like" the characters to like the book and the last few pages left me feeling sorry for Peter and hoping Jason and Alders drowned in the damn pool.

Paris A to Z by Marie Sexton (98 pages)
Dreamspinner Press

Jonathan and Cole have a surprise for Jared, Matt, Zach and Angelo. They are getting married in Paris and want the guys to come, all expenses paid. Of course Matt and Zach would rather gouge their eyes out with a spoon than be around Jonathan and Cole, however for their guys they agree to go and have to spend basically a week with the two in Paris and Jonathan's Dad who Zach thought hated him. The primary focus here is on Zach and Angelo still as Zach copes with the way his relationship ended with Jonathan and feels guilty for both his treatment of Jonathan back then and how he feels now which makes him feel guilty with Angelo. Matt however does get over his jealousy when Jared makes some points in the bedroom. I thought the lunch scene when they were talking about who had slept with who was hilarious, the back alley scene at the beginning when Zach and Angelo are out playing was freaking hot. This was a nice wrap-up to the series with resolution brought to all parties I think.
Posted by Tam at 9:13 AM

I read Gaps in Your Soul ages ago and enjoyed it. I'll pass on Victor's, at least for now, and have Marie's in my TBR. I'm looking forward to a Coda marathon soon.

Enjoy the rest of your weekend!! :)

I knew how Immortal's ended, with the father and boyfriend, I just thought they handled it in a really slimy way and it killed any empathy I had for them.

I just had to say; Dang, now that is one fine ripped male you've got on display Tam!!

PS: I really need to try something from Marie Sexton!

I liked the Immortals and didn't mind the way it ended. For me Peter seemed more interested in his work that in his BF. BTW you mixed up the names of Peter and Jason a few times in your review. :)

Thanks Leontine. He is pretty. You should check out Maries work.

Ooop. Thanks Kyra. I'll go back and fix that. I don't know, I just thought for a father to be so damn smug that he just stole his son's boyfriend was really ick. But I know not everyone reads things the same way.

On the up-side there is no graphic interactions between the father and boyfriend, I just didn't like how they behaved, but it's personal as it worked for Kyra. Hard to say.

I wasn't so annoyed by the ending of The Immortals as you. Maybe because I saw it coming and was prepared for what happened :).

I need to add Marie's book to the pile. I loved the other 3 and I'm glad this is a good send off for the series.

I knew HOW it was going to end, I just didn't like how they went about it and their attitude at the end irked me.

It was a nice ending. I think you'll enjoy it as it wraps up some outstanding issues for the couples that lets them all move forward in a positive way.