So I went on a binge at ARe and bought a bunch of shorts and other good stuff too. Don't forget to stop by Wren's today and see her letter to one of her fave authors.

Happy Mother's Day to all the Mom's out here. It's not really a big deal for us so not sure we'll do anything special. Beyond household chores. LOL
A Pirate's Gamble by Eden Winters (31 pages) 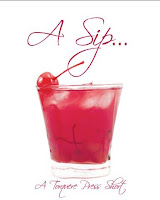 David and Ian are both archaeologists. Year's ago in Egypt they found a magical stone which could transport Ian back in time. So they started a little "business" where they would figure out when a ship with some kind of treasure would be sinking in the past, then Ian would go back and use his pirate ship to raid it and hide the good stuff in a place David could dig it up a few hundred years later. They've been doing this for years, but David is in his 50's and from Jamaica and has been hiding their relationship. Finally Ian lays it on the line, he is going back one more time to get the treasure David has been lusting over for years, but it's dangerous because his pirate ship is set to perish. He gives David the ultimatum, come out as lovers or he's lost him. What decision will David make and will Ian make it back safely from his trip? This was quite an interesting twist on the time travel and while I get a bit frustrated with guys like David who are sure everyone's going to freak out if they come out as gay, 30+ years of hiding is a hard habit to break.
Somewhere Over the Rainbow by Vic Winter (19 pages)

Jaiden's friend Shane convinces him to go away for the weekend to the beach and stay at a B&B. When he gets there Jaiden's not thrilled to find out it's called "Somewhere Over the Rainbow" and caters to gay clients but Shane's been on his case to get laid and get over his ex. The next day he goes for an early morning beach walk and stops to talk to a surfer Paul. He invites him back for breakfast and offers to let him shower in his room first. Needless to say he doesn't shower alone. Despite putting up with Shane's teasing he has a great weekend with Paul and they promise to keep in touch. Just a little story about getting back in the saddle after a bad split and finding someone nice to do it with.
Toy Box: Wax by Kiernan Kelly, Lee Benoit, Syd McGinley (75 pages)

Waxing Romantic by Kiernan Kelly - Mark and Greer have been best friends and roommates for years. Of course Mark has been in love with Greer but figures he has no chance with the popular twink. Greer gets a part in a movie where he's the dead naked guy and wants Mark to help him wax his butt so he'll look great. He gives him a website for how to do it but it turns out to be a website for wax play, not waxing. Mark figures what the hell, he'll make his move and gets things set up for some fun. When the time arrives he feels badly so confesses what he's doing and Greer might not be as naive as Mark thinks he is.
Full Frontal by Lee Benoit - Paolo and Preston are in a scene when Preston rolls him over to do a little flogging on the front, Paolo safe-words which he's never done before. He then confesses to some childhood hurts that caused his reaction. He is then determined to get past it and do it and decides to get his chest waxed (ouch) to be as "naked" as he can be for the moment. I do like Paolo and Preston as they deal with Preston's arthritis in his hands and how it makes him feel unsure as a Dom, he's worried he won't be able to wield the flogger because of his hands and it's kind of nice to see inside the head of a Dom who's not "perfect" all the time.
Wax On, Wax Off by Syd McGinley - This comes from the Dr. Fell universe about which I'm clueless. Tommy has to make a decision this weekend about the mark he will permanently put on his body to declare his Sensei's ownership. (They mention scarring so I'm not sure if it's to be cut in, branded? It's not clear.) He just can't find the right then and is getting freaked. They also find out Olivia, a friend is not doing well with cancer treatments and go to see her where she gives Tommy the perfect idea for what he wants as he mark in kanji. It was okay, but because I didn't know any of the people in the story (he talks on the phone with some other characters from the series) it really didn't strike any chord with me.
Weird comment: When I opened this file, the cover is for Pimento: Poppy by Molly Church. Someone screwed up that one. At first I thought they gave me the wrong download but the text is right, just the cover wrong.
A Nutty Sort of Christmas by Misa Izanki (26 pages)

Yes, yes, we're back at the Body Shop. Brinn's feeling a bit down Christmas Eve as he hangs at the club because his family all went to Vegas and he has to work (vet tech who has to check the animals). Dante invites him to come for the Christmas party the next day and he heads out to check on the clinic. While he's there, someone bangs on the door and he finds a box. Inside the box is a squirrel who he thinks it weird doesn't run like hell but he takes it home to the park by his house. It follows him home. Huh? So he takes it inside and gives it a bed for the night. Just after he gets in bed he hears a crash and turns on the light to see a gorgeous naked guy in his bedroom, with a tail. Seems Caelan is a "were-squirrel" as Brinn calls him who has been crushing on Brinn since he fed him in the park. Smexin' and uncertainty ensues until they end up HEA of course. It was okay and it is what it is, more Body Shop.

Eden's was interesting in that it doesn't romanticize he life of a pirate, lice, no cleanliness, kind of gross. LOL

The Dr. Fell books have never really interested me, it's a type of D/s at doesn't really appeal, a least from what I've read in the tiny shorts here and there.

Thanks for the link, Tam. I finally got my love letter up and running!

I may have mentioned that I'm not a big fan of shorts, but I have read many of the Dr. Fell stories and do like them. He's an interesting character and if you can figure out the order of the stories you see him (the dommiest of doms) learn to let go of his stranglehold on memories of a dead lover and open himself up to love again, kicking and screaming all the way.

I picked up and read the Vic Winter short, too. Might have to grab that story from Eden. Not interested in the Dr. Fell stories, either - seems like there's a billion of them...

This one takes place after that point Wren as there is mention of him getting over his dead lover and being in love with a new guy. I know there are a lot of fans out there though as I see those books mentioned often or characters from them.

Thanks Chris. I got chocolate covered pineapple for my present. Yum.

I think there are lots of those Dr. Fell stories, tons of shorts. I think it's the like the Body Shop, lots of characters that get their own shorts. I'm hooked on those, it's enough. LOL

These sound great, Tam. I do like Vic Winter's stories.

I keep thinking a should read those Dr Fell books cos the spin off stories are everywhere, but the whole 24/7 D/s thing just doesn't really appeal.

Our Mother's Day is in March which is why it seems weird that the US celebrates it in May.

I think that's why they don't appeal to me either Jen as a rule. Plus as you said, with the spin-offs everywhere it's hard to really get a handle on the stories. My biggest complaint with the Misa Izanaki stories, it's just bits and pieces all over the place.

I don't know why we have MD on a different date that you guys. Do you have father's day? That's in June here.

I haven't read any of these. I'm staying away from ARe. I spent too much there yesterday.

Hey honey, just popping over here to wish you a Happy Mother's Day! Hope you have a great weekend!

It sucks you in Eyre. LOL

Thanks so much Cecile. Hope you are having a great day too. I actually saw snow flakes in the air on my way back from the store. What? We ate outside on the patio Wed, today I need mittens. Craziness. :-)

As always thanks for weeding out the dudes for us - I see one or two there that I am liking alot..

There are always some better than others. Thankfully rarely any that are horrid. :-) Hope you had a great day.

I did the binge thing on ARe too *sigh* and I'm not even a mother ;)
I hope you had a wonderful Mother's Day, hon! :)

You were born of a mother Janna so that counts. LOL Unless you came via stork. :-) I did have a pretty good day, quiet, the way we like it.

That's true, lol! But I didn't send the reward dollars to my mum, but to my own email addy ;)
Great that you and your daughter had a good day!