It's a very gray weekend. My daughter had a god awful early riding lesson this morning (okay, 8:30 isn't THAT early but on a weekend for us it is - reading until after 1:00 didn't help) and it started to sprinkle as she was finishing. It poured around 3:00 and is very gray and dark and more rain predicted for all day tomorrow. Sigh. Oh well, I'm home alone, did some shopping errands this afternoon so I can stay curled up in my jammies all weekend and read or play on-line if I want to.

I didn't read that much this week. Been playing around with some other stuff but what I did read kept me up too late. :-)

John was a double gold Olympic diver when hit his head and now needs a cane to walk and "sees" sounds and auras. He's going to university for the first time at 21, runs into Mason at a party and figures FINALLY he's going to get to try sex. Mason passes out in the middle of a BJ (how embarrassing) and has a definite drinking problem, so John says thanks but no thanks. Mason's BF died in a car crash nearly a year ago and he's still not doing well but he insists on trying again with John. John loses his virginity but he's still not interested in hooking up with a basket case. He finds some other friends, has some sex with a few people and tries to move on. However it seems that Mason has two auras, his dead lover is stuck attached to him and they need John to help separate them even though he just wants the whole phenomenon to go away. It wasn't as angsty as I thought it might be considering both John and Mason have had shitty things happen. I liked that John went out and tried to move on with his life and make friends even though he was attracted to Mason. Mason started as an ass but you knew why, so you could forgive him. I know this is the first in a series so I'll be looking forward to what comes up and Mason's sexual nemesis Tyler is in for a rude awakening as hinted in the book.

Fall down the Mountain by PD Singer (240 pages)
Torquere Books

This is book 3 in the mountain series and focuses on Mark who rescued Jake in the last book. He's not coping well with the aftermath of the avalanche when he meets his neighbor Allan who is a personal chef. Early in the relationship, Allen hurts himself skiing and is afraid his business will crash. Mark gets all their friends to pull together to help and he starts "helping" Allan and making him nuts. Things fall apart when Allan tells him to back the hell off, he's making him crazy. I didn't blame Allan. My god, he had stretched ligaments, not a skull fracture but I could see where Mark's paranoia stemmed from. There is also a sub-plot about the avalanche and the case is reopened to see if it was planned, implicating Mark. It was great that Allan didn't have ripped abs, he was a bit chubby being a cook as well. I have really enjoyed this series, all of the characters. Not sure there will be more or not. I'm kind of curious to know what the resort owner did to handle the situation about the escorts. (Another late night for this book. Bad me.) 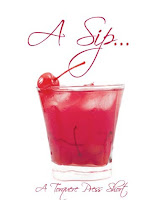 Pete left his small Western Canada town for vet school 6 years ago. He's home though as his Dad is suffering from dementia and his mom needs help. He runs into his best childhood friend Lan in the bar. Lan confesses he's gay and even that he was crushing on Pete but thinks it's obvious he's not Pete's type. They make plans to go fishing and spend the day together with Pete planning to show Lan he IS his type. I liked that they didn't just jump into "I love you, let's live together" since neither was out in their small town and the friends coming back together seemed natural. It was a nice story of old friends reconnecting although I tend to have a bit of a bias, coming from a small town in Western Canada, *shudder* I couldn't go home again, not for more than a couple of weeks.
Posted by Tam at 4:37 PM

I'm pretty sure PD has mentioned more books on her blog. She also has some really short scenes on her blogs of the Mountain characters.

I'll have to go and check it out Chris. Thanks for the info.

You're very welcome! I can't remember if you've already read rodeo short from TQ from the Mountain series...

No I haven't but I must. Okay. I'm making myself some dinner then I'll pop to the site and check out what's there.

LOL. Chris, you are absolutely shameless. :)

I would think this could be a case of pot meeting kettle.

An appropriate phrase given that I just finished watching Star Trek; First Contact 15 min. ago.

It's been a gray day here, too. Thankfully, I didn't have to be up at the ungodly hour of 8:30 a.m. At least you've gotten in some good reading this week.

It seems to be raining everywhere. It's been on and off here for a couple of days with more expected.

I've got K.A.'s book in my TBR as well as the first of the Mountain books. Both sound good. I'll have to get the other 2 in the series at some point and do a marathon. Drew's also sounds good.

PD Singer's mountain books are hugely under-appreciated. I'd recommend them to anyone who loves a good m/m romance.

I've already used my 15% off voucher at the TQ sale. I bought Bringo Springs by Laney Cairo which has been on my 'to buy' list for ages.

It was a good reading week Eyre. I slept for 11 hours last night. Feels good and definitely a day to stay in and be cozy. Alone. *sob* :-D

I think you'll really enjoy KA's and when you do your Mountain marathon as well. They are all outstanding characters, the first two books focusing on Kurt and Jake whom I adore.

Looking forward to your review Jen. It was a great read.

I agree with you about the Mountain books, the characters really capture you.

Bingo Springs was one of the first m/m books I ever read, my first taste of Australian cowboys. :-)

I have Life, Over Easy but haven't read it yet. I'm looking forward to it.

I think you'll enjoy it Tracy. KA's a favourite author who always delivers.