I thought I'd start with a confessional. I'm not even Catholic but I always loved when they say that in a movie. Moving on.

This is book two in the series who's name escapes me. Why the hell didn't someone make me read these before? Ridley. Sigh. This is Tole and Ridley's story more or less. They are settling in with Pablo from book 1 but Tole's feeling a bit blue. He starts talking to Ridley and thinks maybe something could happen between them. Meanwhile people start disappearing and Ridley is kidnapped by some witchy woman from a neighboring city and the three guys set off to get him back and stop her killing spree. I was sooooo not ready for it to end. Book 3, must get ASAP. Can't wait for more. 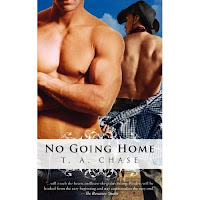 I was fortunate enough to have won a paper copy of this book on Wave's site. Thanks so much TA and Wave. Anyway, I started this at the waiting for the fireworks competition the other night and got downright pissy when it was too dark to read. Sunday morning I got up and promptly read until I finished it. Its a long time since I got that hooked on a paper book. :-) I loved the characters and how Les helped Randy be comfortable with who he was. Also loved the character of Tony. Just a great feel-good read.

Love a la Carte by Haruka Minami (no idea how many pages because manga has an aversion to page numbers it seems, 175 or so, the usual) 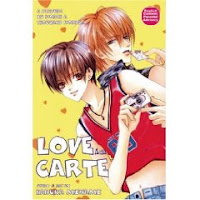 This is quite a different yaoi than I've read (not that I've read that many) but I really enjoyed it. It basically the story of 6 boys in a photography Club with Izumi being the central character. They go to photography club camp at Shino'oka's place (rich boy) and seems EVERYONE is hot for Izumi. (Appears to be the gay photography club). One guy makes a play for him but Shino'oka kicks him out and stakes his claim. Seems that the other guy is exes with another member and they get back together during the saga. The difference is a) they have way more sex than usual in this one LOL b) while Izumi kind of resists the first time, after its over and Shino'oka apologises for "forcing" him, he basically says if he didn't want it wouldn't have happened and after that they are all going at it like rabbits, like getting totally kinky and begging for it. LOL None of this "don't touch me you pervert stuff", they are all into it and admitting it. So that was nice because I get a bit tired of "don't touch me - oh god I'm coming" thing. I quite enjoyed this one.

Declan is kicked out of home and desperate for work. Someone recommend the Chicken Ranch, a bordello (cool word) for men. He goes out to apply even though he's technically a virgin. His first night on the job Killian shows up and is his "first" and its pretty hot, but hey, he's a client. So Declan settles in and down the road he runs into Killian in the supermarket. They start dating outside of work and there is some tension when Killian offers to pay for sex after they finally "do it". Not good. So there is some angst there but meanwhile Declan is saving money for college and you get to know some of the other working boys. I quite enjoyed this despite my reservations with Pretty Woman syndrome (even though I like the concept). I liked that Killian wasn't perfect and had a stutter when he was nervous and Declan was resiliant and while he didn't "enjoy" what he did, he did what he had to to get ahead. So all in all a fun read. Maybe more about other characters? That would be good.

This is book 3 in a series but you can read it alone. Holden is a dragon shifter in the family business (funerals). Garret is the new financial whiz kid who is hired and they are stuck together as roommates for a work retreat. There are some ulterior motives behind the roomies and it seems that Garret is Holden's mate even though Holden is ruler straight. Ooops. He freaks at first but over the weekend gets into it and by the end is content with his mate ALTHOUGH and here is my although, I know there is another story coming which is m/m/f and they kept saying "someday we'll share a woman" "Do you like that redhead? She'd look great between us" which kind of annoyed me but I know its set up for the next book, but I was kind of grrrrr. The way Garret let Holden discover manly sex was very nicely done and what they did have was very steamy. I liked both characters but will not be reading about their next adventures unfortunately, its just not my thing, nothing against the book or the author.

David Inside Out by Lee Bentle (184 pages)

Another paper book I won. (I need to stop complaining.) This is a YA about a high school boy David who develops a crush on his cross country team mate Sean. He doesn't want to admit he's gay but him and Sean start fooling around but Sean always ignores him after and freaks out. David finally admits he's gay and that's that and he also realizes that Sean is a jerk who wants to use him for sex but not have a relationship. Not a HEA in the romance sense, but in the sense that David discovers who he is and accepts that even if the going is tough in high school. A nice read, I would get my daughter to read it.

This is an anthology of stories that revolve around animals in some way. Vets, animal lovers, whatever. I'll try and summarize some of my faves because there are too many to do, 14 in total.

Make Me Beg by Aaron Michaels - Holy crap, right off the bat a SMOKING hot little number about a guy who adopts a stray cat and his older lover. They play a bit at him pretending to be a cat begging for attention. As I said, it really grabbed me and it was playful and sweet and hot and sexy at the same time. Also rolled in there was the fact that neither one seemed able to voice the "L word" but both knew it went without saying. I think this was my fave of all of them.

Cold Iron by KC Warwick - Set in a kind of fantasy land, Talin is escaping from the People of the Hills when his horse throws a shoe and goes lame. He goes to a blacksmith who helps him and tells him he can stay and he'll help him fight back. Talin's "owner" shows up and despite Bran's efforts some kind of mind control makes Talin start to leave. Cloud the horse comes to the rescue as iron seems to kill Hill people. Bran had helped him because he did not jeopardise his horse's health to save himself. One of those castles and fantasy stories which are not really my thing but I quite enjoyed this one.

Gerbil Falls in Love by Dianne Fox - Probably my second favorite. Finn takes his hamster named Gerbil to the vet to get him checked out in advance of adopting a second hamster and to discuss putting them together. The hot new vet gives some advice but when things go bad Finn calls him to make a house call. They go out for dinner and have a great time but Finn is a bit annoyed Decker won't put out even though they both obviously want it. But he can't stay away and despite obvious chemistry Decker doesn't want to be a one night stand. EVENTUALLY they get together and its very steamy. And he calls his second hamster Mouse, a nice touch. :-) I liked both characters and enjoyed Finn's confusion as to how this dating but no sex thing seemed to work and where it was going.

Puppy Tax by J. Rocci - Sky takes his dog to the hospital every week to visit the sick. He's kind of got a crush on the pediatrician Dr. Tony. They finally manage to make a date and basically its just a sweet story of two guys dating and getting to know each other and loving Sky's "furry children". No big drama, no angst, I liked it.

There were others I enjoyed and on the whole I wouldn't say there were any I disliked. It was fun to see how animals could be worked in either as pets or wildlife and the men who care about them. I'd recommend it. I know there is a #2 and I started it but I think I was burned out on animal stories after 14 so I'm taking a break.
Posted by Tam at 7:47 PM