Okay, last month I checked for city locations in the books I read, I said this month I’d keep track of hair and eye colour. Do you have any idea how often hair and eye colour are ignored? Trust me, often. First person is the worst, because rarely do people say “my blue eyes and blond hair looked great” so unless the love interest says “I love your blue eyes and blond hair.”, you’re kind of out of luck. However I thought I’d see how it went. 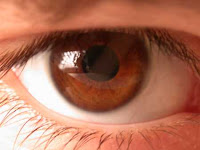 I analyzed 19 books (31 guys), some of them only had one hero described, but I figure for an overview that works. I combined some like amber in the brown eye category. I also discarded characters that only had one attribute such has hair colour but not eyes described.

The most common hair/eye combination was:

I think that mainly accounts for a few stories I read with Hispanic, black or Native American men, who tend to have the black/brown combination. But on the whole, brown/brown and blond/blue following closely behind as common combinations. I only read one bald character and he was shaved not natural and I've no clue what color his hair was. 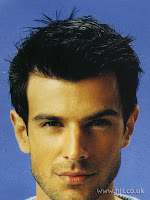 If you go solely by color of eye/hair and not the combination.

Amazingly not a hazel eye or a red head in sight. But I think the numbers are pretty much in keeping with the general population. There weren’t 15 green eyed blonds, despite the exotic attraction of the duo. So there you go, my color-coded reading life. 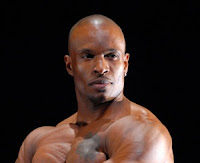 Very interesting! And very realistic as compared to the population out there. I'm so relieved that you didn't encounter any Laurell K Hamilton types of characters with ankle length silver hair and limpid amethyst eyes. :)

Well, I didn't include any yaoi characters Val. LOL Those might have skewed my stats in a slightly freaky manner, but in general they were normal looking guys. :-) I'd like for ankle length silver hair. Mine's short silver hair. LOL

I hope Chris sees this, as she is always complaining that there are too many green-eyed guys in m/m books!

I'd guess that underwear style and color aren't described too often. Underwear usually gets dropped along with the pants. I'd be more interested to know about recovery times, because so often the lack of them makes me think I'm reading fantasy!

There weren't many green-eyed guys (not counting jealous ones :-). I think it was pretty "average" stats-wise Wren.

I know! Some of those guys should be "shooting powder" as one of my guy friends put it after about #6 in three hours. LOL

I'm sure I've read a book with a red head this month but I can't remember the name of it now. I think the statistics look right, most men have dark hair/brown eyes or blond/blue eyes. As this fits in with the general population then it works for me.

You should definitely do style and colour of underwear next month, lol!

I agree with Jenre on the underwear suggestion. I just read a book with a guy who wore a black, see-through thong. That's a rarity.

I read so many it's hard to remember who looked like what Jen unless they REALLY stand out. I'll see if underwear work, but I may go for ethnicity. Or both. LOL Do Hispanics wear briefs more than African Americans? Who is wearing boxers?

Eeek. Thankfully. LOL I think only prostitutes and Playboy bunnies should wear see-through thongs and then never in my presence. :-)

Come on, Tam! Surely you wouldn't mind a hottie in a see-through thong?!?! I might just have to find some cookies . . .

I would've sworn the incidence of green eyes was MUCH HIGHER.

Clearly you were MISTAKEN.

Maybe you just had one of those weird weeks where you read book with characters all with the same names or same career Chris. :-)

It took me forever to allow a blond hero into one of my books. A former boy(prick)friend--or maybe two or three, come to think of it--made me seriously distrust blond men for years. I assumed they were all snakes.

"Shoot powder" -- I love that expression! :-D Just read a book in which the h & h recycled faster than members of the Green Party. Worse yet, they were having their powder-shooting jollies on the heels of a freakin' bloodbath! It did not compute.

It's odd KZ how something in your personal life can filter into fiction. For me it would be names, there are just people you can't see in that light.

I hate that when people have sex at really inappropriate times. Well, in real life I suppose but it more happens in books and you are sitting there going "no way could someone focus enough to have sex in situation X, it just wouldn't happen". I'm all about suspension of belief, but I have my limits.

Oooo, nice hairthing photo you included...sweet. And I thought blonde hair blue eyed boys next door would be the most popular. :)

Also, kissing someone with a lip ring, it just kinda gets in the way, until you learn to ignore it. Kinda like a tongue ring. In my experience.

I should have known if anyone would HAVE experience it would be you hon. So tell me, tongue ring and a blow job? Amazing or whatever?

Underwear or recovery time seem like interesting choices too. :)

So far I've only read a couple of shorts and there is nothing statistically useful in there. Sigh. Oh well, I'll soldier on. :-)

This is so funny, it reminds me of high school biology when the teacher tried to make a statistical point about almost everyone having brown eyes...and it turned out several of us had green! (Me and at least two of my friends, which was enough to skew it.) Chris must have been thinking of us.

Anyway, green eyes definitely don't feel exotic to me, since that's what my mom and I have.

I'm with Val, though. I'm glad brown/brown was toward the top of the list and not cheeseball combos like violet/silver.

Awwww. Come on. Don't discriminate against aliens and creatures of the netherworld. They need some hot man-love too. :-P

I love your stats posts! :)
Recovery time can be interesting. And I'm also curious about the prefered positions (only top/bottom or combo) between the heroes... or frequency of smexing... or...
maybe I should do some research myself, but I'm afraid I'm too lazy for that, lol.

Oh, I like the position thing. Easier to come by than underwear stats. Maybe "the position used the first time of full-on smexin'" I think you've started something Janna. LOL

*grin* Glad you like that idea. Plus it saves me from doing the research myself. ;D

I'm reading At Piper's Point, which provides all sorts of underwear details. :)

Some do, some don't. LOL

Dark Geist by Amanda Steiger (LS)featured a red head. But I can't think a another title from last month

I guess they are as rare in fiction as they are in real life Ingrid. :-)