So much for my short-long-short-long strategy. LOL But here's a couple of shorts I read in the last couple of days. 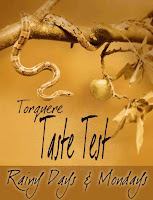 All of these stories have a theme of rain and/or Monday.

I Don't Like Mondays - GR Richards: Brent and Mitch are headed to work on a rainy Monday. Thanks to the traffic Mitch's coffee ends up all down his shirt and they have to head back to change. Brent has been feeling uneasy because everyone at work thinks they are just carpool buddies and Mitch doesn't want to tell. After a little interlude at the apartment there is a happy ending. It was a very sweet story with slightly insecure Brent wondering just how committed Mitch is, which becomes very clear.

Encore - Mercy Loomis: Derrick and Nate are band mates and after a successful concert they head back to Derrick's room. Nate is acting odd and when Derrick confronts him he kisses him. Derrick is rather freaked and has always been with women. Nate tells him that Derrick's ex told him about the dungeon Dom stuff and after Derrick thinks for a moment he figures what the hell and does a little scene with Nate. It's so hot for both they decide to try for more. It was interesting that Derrick had never been with a guy sexually before but hadn't been all that enamoured with women so opened himself to trying. A steamy little piece with a D/s theme. Oh yeah, it was raining when they left the concert.

Rain Delay - Taylor Lochland: This is a follow-up story but I can't remember in which book. 33 year old vet Aaron has been seeing 23 year old farm boy Nathan for about a year and they keep it hidden. He's been away and plans to go riding with Nathan and hopefully getting smexy in the woods. When a downpour hits they head back and despite Nathan's Mom going to the store, they keep getting interrupted. The next day they come up with a plan for Nathan to work at the vet clinic, aka fuck like bunnies at Aaron's place. I have issues with couples where one is in the closet like that. I know, I know, it's not easy but for a 33 year old man to have to sneak around and fake a job so he can have his boyfriend at his house seems like a doomed relationship to me. So my frustration with their situation took something away from the story for me.

This is a continuation of The Mistletoe Phenomenon. Things have settled down and Lance is a SAHD and Jacob is off to school. Lance if finding it difficult being looked down on for not having a job and Jacob is getting hassled a bit at school. However things improve and they decide to go to Sweden for summer vacation and visit Magnus' parents. Lance is nervous but Magnus tells him his parents are fine with it. Yeah, not so much. They can barely tolerate Lance and his Dad is outright hostile. They even go so far as to invite a former coworker of Magnus' who pursues him mightily while Magnus is oblivious. After a huge blow-up, they finally talk it out and come to a happy solution for their family. I couldn't BELIEVE how oblivious Magnus was to the woman's plans, but then I thought, he's a scientist, probably not that bright on the common sense front. LOL And Lance kind of turned into this insecure needy thing. I'd presume even in Wyoming they have SAHDs. Maybe not. Anyway, despite the fact that Magnus' parents were totally over the top, there were some great descriptions of the summer solstice festival in Stockholm which were cool.

Patrick is an American living in Italy (what's with the AA Italy series?) and is caught in a downpour at the bus stop without an umbrella. Hottie Lealdo offers to share and they get to chatting. Although Patrick figures Lealdo is just out to bed an American he's attracted and after another rainy morning of a shared umbrella they get together for a date. Eventually their date ends up at Patrick's place and well, the usual ensues. It's a cute little story about finding love in Rome, with some nice descriptions of the city and life there. My only niggle was their first night, first time, they do it with no lube. Yes, there is a condom which may have been lubricated but that's it. Then in the morning they do it bareback (to my cries of "don't be stupid" LOL) again, with no lube. Ooookay. I'm pretty sure they have lube in Italy. Hit a drug store people before Kris' phrase "fucked raw" takes on a literal meaning. Friction burns. Ouch.
Posted by Tam at 7:09 AM

A very mixed bunch!! I think I'll definitely skip Bus Stop. The TQ collection - maybe. Not sure about the Serena Yates... SAHDs aren't that terribly common here and I'm betting they're pretty darn uncommon in Wyoming...

I guess because my ex was a SAHD for the first year of the kidlet's life I don't see it as all that weird. I also have a few friends who are doing it that way. But yeah, I don't live in Wyoming either. LOL The descriptions of the festival in Stockholm were very neat though as it was something I was unfamiliar with.

I liked the TQ one because unlike many you didn't feel so lost. Although the third story had a prequel, you didn't need to read it to understand unlike some Toy Box stories where unless you know the couple it doesn't mean much except a spicy interlude.

I liked the Taste Test and the Solstice book was also nice although I agree with your points.

The third is in my TBR still.

Mistletoe was maybe a little sweet Lily, but on the whole I enjoyed it, in large part because of the culture and setting. The third one is a quick nice read, except for that lube thing. ;-)

OK now it's bugging me as to which antho the 1st Taylor Lochland story was from. It's another TQ one - but which? Have to go and check it out now!

It was the Cherry anthology.

I actually like the sound of the Taste Test one, even though those stories tend to be too short even for me.

I really liked Bus Stop, even with the whole bareback/no lube thing. It was such a cute story and gave me the warm fuzzies after I'd read it.

I tried to search too Jen but I couldn't find it. I think because it wasn't a fave with the whole hiding thing, I didn't mention it when I reviewed Cherry.

They are pretty short, just little interludes but I liked the first one a lot and the second was quite different.

Bus Stop was warm fuzzies with a taste of Italy. An no, I'm not eating whatever that was they ate. I can't remember the name now. LOL

yuck, yeah. The thing made with intestines - gross. Reminds me of the time hub and I went to France and he had that sausage made of offal - blech!

I ate tripe soup once at the cafeteria in Prague. I didn't know what it was until after and someone told me. I'm sure the locals were enjoying watching me. It didn't taste bad, the broth was very spicy but it stated like someone had cut up a bunch of rubber bands and made soup. Umm. Yeah. Pass next time thanks.

You know the Italians. ;-) I'm sure the condoms were lubricated because god knows you can't BUY unlubed condoms here, and maybe they used plenty of lube between time 1 and time whatever the next morning so he was good to go, but it did make me go "huh?". Otherwise nice story.

Hi all, long time no see! These days I'm happy if I have the time to look at my Google Reader subscriptions :( But I couldn't resist stopping for a complain (grumpy Sara): why do authors have to come up with such improbable names for their Italian (but also French&Spanish for that matter) characters? See, I've never known a "Lealdo" in my life. I don't even think there are Lealdos, except for maybe a couple of poor guys saddled with a particularly cruel or misguided family. Please. There are tons of less exotic and way more credible names out there. It doesn't even require an in-depth research.

As for the lube, why, yes I think it exists! ;) I guess they were too caught up in their lusty passionate encounter(s) to remember it ;).

ROFL Thank you for your input Sara. I'd never heard of that name either but I thought maybe it was common there. Obviously it was thought to be "exotic". :-)

Glad to hear you have lube and we don't have to start shipping "gay care packages" over to Italy.

Yikes. With grit no less. I know walking on the beach makes your feet nice and smooth but I'm pretty sure that doesn't apply to more intimate parts. Definitely ouchy. And stupid but that's a whole other post. LOL