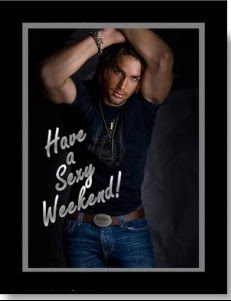 This has seemed to be an unusually long week. Not sure why but it's been dragging. No big plans for the weekend except going to the dentist tomorrow. Yippee. Blah. It's going to be around or above freezing here which means slush. Ugh. I haven't done that much reading the last couple of days, a few shorter ones but hopefully this weekend I can get working on some of my longer books. Lily pointed me to some free JM Snyder shorts as well which helped. ;-) Have a good one everyone. 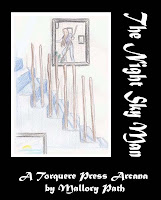 I'm totally cheating and saying Jen did a super review here at Wave's so you can read mostly what I thought and my comments are also in the post. But I have to say the writing style was very unique and dream-like which really added to the book and I don't think is easy to pull off. A nice little short.

This is a freebie you can get at All Romance Ebooks. Free is always good. Mack drives a Harley, typical biker dude but young Brad drives a Japanese bike and has been teasing Mack for weeks with suggestive comments. Finally he goads Mack into a "race" where Mack decides to see if Brad is ready to put his money where his mouth is. There is a some fun on a Harley in the country and then the question is was Brad just after a one-off or could there be more. So just a little short about teasing and flirting and maybe getting what you asked for after all. If you are into motorcycles there is lots of descriptions of them driving, it's not really my thing. I didn't like it as much as the other free shorts but it was okay.

Lift Me Up by Rayne Auster (79 pages)

I have never read this author before but the premise sounded great so I took it. It's done in an unusual narrative style, first person but done as if he's talking to you personally and retelling the story. It starts with Avery recounting a tale of hot sex in an elevator, but seems he's not the one getting it. He's so devastated by his best friend's actions that he collapsed by his apartment door. Dylan trips over him while moving in and ends up breaking his ankle. Avery and Dylan are immediately attracted and they start dating by default, as Dylan helps care for Avery with his broken ankle. There is some stuff with Dylan's ex and Dylan trying to find out why Avery refuses to take the elevator but goes up 12 flights of stairs instead (must have incredible cardiovascular health LOL). There is a touch of humour as tech nerd Avery doesn't think of himself as much of a catch and lawyer Dylan is gorgeous, but I was really taken in by the way the story is told. You only get Avery's perspective and he doesn't tell you OR Dylan much until Dylan prods and pokes enough. You never find out exactly what the deal is with the elevator until later, why he never had sex for two years until he lets it drop, you just glimpses of things. You don't know much about Dylan except what Avery tells you, mentions he's not perfect but you don't know why exactly but you still know there relationship is special. So I'm not sure what it was, but the style combined with characters I enjoyed made this work for me. I would definitely check out this author again.

Another freebie. :-) Johnny just got a job at the campus library and is stuck re-shelving books. His first night the stupid cart wheel gets stuck in the crack between the floor and the elevator and Adam comes to his rescue. Adam flirts outrageously but Johnny's not very confident and even when Adam gives him his phone number he doesn't follow-up. Adam tracks him down again and they make a date for Friday. The work schedule changes and Johnny has to work Friday but Adam finds a way for them to watch a movie anyway (they have rooms for viewing films) at the library during work hours. Let's just say they don't do much watching. :-) This is just a sweet story, no graphic on-page smexin' but I thought it was very cute with shy Johnny totally take aback by aggressive (not in a bad way) Adam and his pursuit. Pretty good for free.

C'est tout. Have a good weekend everyone.
Posted by Tam at 9:57 AM

I'm with you on those shorts, too!

So, wait, why is it already your weekend, when I still have 1/2 day of Friday left?!

Because I've mentally checked out for the weekend. I'm still at work but am I working? We'll see. :-) I am getting a new spare bedroom window today. I might have to go home early just to make sure they installed it right cause I'm such an expert at that stuff you know. ;-)

I'm so glad you have your priorities straight Wren. Must be why I like you so much. :-)

You must have graduated with me from the "life is short eat dessert first" school!
;D

I have those JM Snyder shorts on my TBR pile. I'd dig them out but they're waaaaaaaaaaaay behind all the stuff I have to read and review for Wave. I've also got the Lift Me Up book on the TBR pile and I shall be reading that very soon :).

Yeah well, you have a "job", I can read what I want when I want. LOL I see Kris didn't love Lift Me Up, (Good Reads hides no secrets) but it worked for me.

Two stars is good for Kris. She's a hard woman ;).

See this is why I can't sleep at night. My ears were burning.

The narrative style just wasn't for me I'm afraid, but different strokes and all that as evidenced by Tam's opinion. :)

To be honest Kris I'm shocked it worked for me. Normally I like my reading a bit more straight forward. It was very different and I think people will either like it or not so much.

Do you hear us saying good things about you too? How witty and amazing you are? I'm sure we must. :-D

*rolls eyes* Yeah, I'm sure you must to.

I've read JM's stories and liked them. The other two sound interesting. I'm sure at some point I'll add them to my never ending TBR.

Right Lily, you don't have NEARLY enough books waiting for you. :-) I'm always happy to help.

I can never have enough books. It's finding the time to read them all that's the problem.

You made me curious about the elevator, so now I have to add Lift Me Up to my TBB list ;)

Sorry Janna. Well, maybe not much. LOL It was different which made it interesting for me. Have a great weekend.