Sunday and my cat is whiney

Not sure why my one cat is so whiny today. Oh well, better than a kid perhaps. I got some reading done yesterday despite answering comments at Wave's. Who'd have thought pit-licking could generate so much buzz. 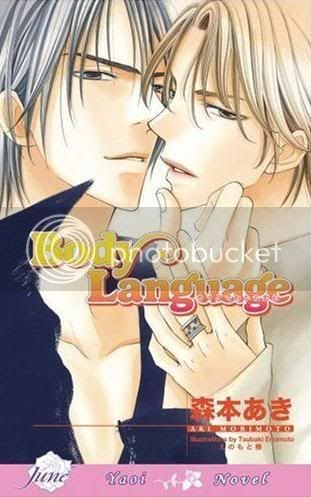 Kanae had a rep at the college of being a bisexual slut (he's a virgin) and Yuichi IS a slut and has a new girl every week, has gotten a few pregnant then dumped them. They end up being friends and when Yuichi is lamenting the fact that there are no girls who will date him, Kanae on a whim says "Why not fuck me?". So he does. They start hanging out and dating with Kanae waiting for the day he is dumped like the girls but is madly in love. He sees Yuichi with a girl and does the classic "break up with him first" leading to the big climax. Oh wait, climaxes. I have to wonder how old this author is and how sexually experienced. Now I'm not saying virgins can't write great books, but these guys are regularly having sex 4-6 times in an evening, day after day and Yuichi claims his record is 9 times. I'm sorry but he'd be shooting powder by about #6. Oh and did I mention the self-lubing asshole that Kanae has? Several times it's mentioned that there is clear fluid or "he's not wet enough yet". Pre-cum of the butt? WTF? It was an okay story with Kanae liking Yuichi despite the fact that he's pretty much an asshole but the over-emphasis on quantitative sex and the weird self-lubing kind of made me go "huh?".

I had read this before, in fact I read it back when it was a free story, loved it. So I was curious what had been added to the new version. It's a classic GFY with straight Trace moving in with his friend David to help him when he breaks his shoulder. They get along great, then the attraction starts and they start to act on it but are afraid to ruin their friendship. It takes them FOREVER to finally get down to action which is most of the fun of this book. Holy tension build-up. I have to say that when I read smexin' in books it doesn't really "do" anything for me, fun yeah but I don't need a fan, this is one of the few books where they are just humping on the sofa and I'm looking for some ice-cubes. So was the new stuff useful? I think so. I always felt bad that Trace left his cat alone for 8 weeks, this time they get the cat and it talks about him going to physio which I think was more realistic. Besides those two things and a few more scenes with David's friend Matt I didn't see HUGE differences. Still the same great GFY maybe rounded out better.

This is book one in a series. Logan is a panther shifter send to bring in Jacyn a paramedic who has no clue he is a jaguar shifter because he was separated from his family and raised by humans. The ravens are an evil set of shifters trying to kill feline shifters and anyone really. They also team up with terrorists just for fun. Because of Logan's background he figures he'll never be good enough for Jacyn as Jacyn is the brother of the alpha but they are drawn together and are on the run from the ravens to get back to Flint, Michigan where they live in a big abandoned warehouse (saw plenty of those in the Great Lakes area). I quite enjoyed this story, there was plenty of humour in the writing. More than once I found myself snorting out loud or smiling. Jacyn's biggest fear when he was told he was a cat shifter was that he was something lame like a tabby cat. I thought Logan and Jacyn made a good pair and liked both characters although "he left me" "I have to leave him so he can have a better life" conflict can annoy me but that wasn't the majority of the book.

This is book two of the above series. Jacyn has three more siblings who are missing (along with a bunch of other cat shifters who disappeared when their parents where slaughtered 20 years ago.) By undergoing some wacko drug therapy Jacyn remembers that it was hawk shifters who saved the kids and they need to find the hawk alpha to find out what happened to all the kids. Brent, second oldest is tasked to go and find Daniel and get the info. Brent finds him and there is immediate attraction. They are attacked by ravens but manage to escape and get back home where they hope Daniel can give them information. Meanwhile Brent is totally hooked and won't allow anyone to hurt Daniel but Daniel who was shunned by his people for not following orders which brought the ravens down on them and killing many is happy to cooperate. I really liked Brent. Smart-ass all the way with a snarky comment for every occasion, likes to blow things up but is sure again that Daniel with leave because most guys do once they find out he won't give up his dreams of finding his lost brothers. There are lots of good secondary characters, Rat the tech wizard who can't hold a change, Cassie their warrior sister, Mitchell the older brother and alpha. I'd love to see Rat's story, goth boy. Lots of humour as well. The first paragraph made me snort and go "Uh huh. Yep, so true."

If sun-kissed beaches, ocean waves and margaritas were a gift from God, then ice, snow and blizzards were Satan’s great big fuck you to the world.

I really liked this author's style and I'd definitely check out more in this series or by the author.

Hope everyone is having a great weekend.
Posted by Tam at 1:04 PM

So, how old did you think David was in TOTGA?

Hey, and Daniel in the second book lives in Minnesota, hence the weather reference. LOL

I thought he was 42 and as someone noted, he was saying his father got ill at 45 which was fast approaching so he was getting paranoid about his age.

I'm so going to have to reread the paragraph about his dad and birthday, because I swear that he turned 45!

Hmm. Maybe your cat was whiny because of all the cat-related reading you did. ;)

Hmm. Maybe your cat was whiny because of all the cat-related reading you did. ;)

Ohhh, maybe he got offended when I laughed at the tabby cat line. Although he's not a tabby, he's black like your baby.

I thought there was an inconsistency with David's age in TOTGA too.
I had the same experience as you Tam, with the ice cubes and the humping on the couch... HAWT!

And of course I have to add the funny panther shifters to my tbb list now! :)

Okay, glad I'm not alone in the couch humping. LOL I guess the age thing could be taken either way.

Those cat books weren't comedies but there was enough humour to lighten up massacred families and lost children. Quite a few pop culture references.

So glad that you liked the Shifter series. Definitely one of the better ones that I've discovered lately. :)

I'm not going to read the second edition of TOTGA. I love the first one so much that I think I would be very disappointed if I came away with a meh response to the second, therefore it's a no-Kris zone.

Kris: I'd say about 85% is exactly the same and except for the cat and the physio there is really very little difference so I'm sure you'd still love it. But you aren't missing much either if you don't read it since the added material simply fleshes it out and doesn't add to David and Trace's relationship IMHO.

Hi, Tam, great reviews. The shifter books sound interesting, and I have to laugh about the "cat shifter" being worried about what type of cat he's going to turn into -- please, not the domestic short-haired feline variety, ha, ha!

The things you noticed about the Body Language one were really funny! It does sound like it might have been written by someone lacking in sexual experience.

Sort of like that priceless scene in the 40 Year Old Virgin movie where the title character is sitting around with his coworkers, attempting to fake his way through a description of his wild, sexual weekend, and he's just spouting all these incomprehensible comparisons -- and they immediately figure him out!

Val: Yeah, it reminded me of a braggy teenager who only has their imagination to base it on. Unless something was lost in translation since it was Japanese, but 9 times is 9 times no matter what language you are speaking.

I did enjoy the shifters, they were fun.

I've only got about 20 pages til the end of TOTGA. Totally loving it.

I was confused about his age too. At one point I was sure he said he was 45, the same age as his dad... but then he said he was 42. And with an ebook it's hard as hell to go back and find something.

The shifter series sounds good so thanks once again adding to my TBR! :)

I feel better, Lily! That's exactly what I thought - after reading both editions of the book. :)

Chris, I'm glad to hear it wasn't just me. I hated having the question in my head but just didn't want to take the time to hunt around the book to verify it.

Other than that I've really loving it!

Okay guys, Madeleine and Rhianne are being interviewed at Wave's Wed. so we have to ask them to clarify for us. Is he 42 or 45? We'll get the definitive answer from the source. :-) It was written in a slightly confusing manner, but in the grand scheme a small detail and still a great book.

You're right, Tam! :) I think it just popped out at me on the reread (or rather, first read of the 2nd edition) because I thought it would've been cleared up.

It was a great read both times. :)

Might give The One That Got Away a crack!

If you like GFY and slow building burn it's perfect Sharrow. It's one of my favourites so if you decide hope you enjoy it. Thanks for stopping by.