Short is good too.

I haven't been very much in a reading mood. Seems after I read a couple of long books I kind of tucker out but I've read a few Torquere shorter stories in the last 3 or 4 days. 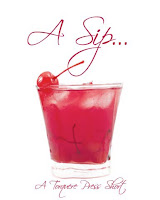 Devin is standing on his balcony in the snow thinking about his recent break-up with his girlfriend when suddenly a hot guy with dreads is kissing him. WTF? One, he's not gay and two, how the hell did a guy get on his balcony. He eventually invites him in and Michael (he has no name so Devin calls him Michael) explains that he's a snowflake who saw Devin "kissing he snow" so he kissed him back. Devin thinks he's a homeless nut, but a hot one and they get funky. When he wakes up Michael is melting and even putting him outside is no help. Does this mean Michael's gone forever? Is Devin gay? This was kind of cute, Michael was humorous with his lack of knowledge about some things, but he seemed to know all about the buttsecks, which was handy. I also enjoyed Devin having to wonder about his attraction to a man and it was pretty sad when Michael melted. I think I would have made the ending a little different myself, maybe a little less convenient, but hey, snowflake shifter (of sorts). Yeehaw. You go girl. The more unusual shifters out there the better I say. (No, I'm not writing that penguin shifter thing ... yet.)

Where There's a Will by BA Tortuga (81 pages)
Torquere Press

When Reggies dies of cancer, he leaves his multi-millions to his two best friends, Toby who was with him at the very end, and Keagan. Seems all three were best friends in college and you don't find out until later why Toby and Keagan had a falling out. He's leaving them the money on the condition that they both live together in his house for one year. They are both pissed, but if they refuse the money goes to fundamentalist Christian charities so they agree. Y0u then find the truth about why their friendship broke and FINALLY the BM is resolved (within a week or so) and HEA ensues (after a health crisis and drunkenness and fighting). I didn't really connect with this one. I did feel the pain of the loss of their friend, that was very evident, but the whole BM thing (you really aren't told how long this is after college but more than a couple of years) didn't work so well. I also found at times I wasn't sure who was talking and I had to go back and follow the dialogue "A, B, A, oh A again, B, A. That makes more sense" I did that more than once. On the whole I liked the part with the dying friend and Toby, better than Toby and Keagan.

Steven is up checking out the Upper Peninsula in Michigan for a possible a geology teaching job at the college there. He meets Zach at the bar and they have a one night stand. He gets the job and a few months later he's back and runs into Zach at the mine where he gives tours. He's a bit stand-offish, but agrees to be friends even though Zach wants more. Of course Zach has a secret and when on a camping/field trip with some high school students, Steven gets himself in a pickle, Zach goes against his clan's leader and reveals himself to Steven to save him. This then leads to a crisis within Zach's clan as they decide what to do with him and the fact that Steven knows their secret. I enjoyed this one, it's pretty light on the whole and I liked that Steven pulled back when he moved there, when Zach, Mr. One-Night-Stand, wanted more and let their friendship develop. Zach's personality was also very likable. A cute fast little read.
Posted by Tam at 12:34 PM

I saw the Taylor Lochland story last week when I was looking to get something at the sale, but passed on it in the end. Perhaps I should have got it cos I usually like her stories.....hmmmmmm.

Not sure about the other two tho.

The first one is interesting if for no other reason than the snowflake angle. LOL The second one didn't really work for me but to be honest I'm not a huge fan of that author's work. I do enjoy Taylor's writing though and it was a cute little story.

This was kind of cute, Michael was humorous with his lack of knowledge about some things, but he seemed to know all about the buttsecks, which was handy.

Ah, most convenient. But, a snowflake? Really? That is original, no question. Story #2 sounds too contrived, but #3 sounds interesting.

But, a snowflake? Really?

LOL Sounds like something I would write. That's the fun of it, you can't take it too seriously. And he's black when he's human. :-)

Yeah, the second one just didn't work but I think big fans of the author will like it because it definitely has the Tortuga style all over it.

Three was a fun read, nothing too deep but I did like Zach, if not his clan so much. I would have liked to know more about Steven's background, the odd comment is thrown out, but still for the size it was a good read.

Alas! The dark side of being a snowflake shifter - the melting! :(

Oh, the last one sounds intriguing. :)

It was rather sad Chris. :-) But there was a solution that did not include moving to Lapland.

I did enjoy the last one, especially if you're into copper mining and pasties (whatever the hell those are, they're not something that burlesque dancers wear I gathered from the context).

I can help you with the mystery of pasties. :) I've not had them, since I was already gluten-free when I visited the UP (Upper Peninsula of Michigan), but there really are signs everyone for them.

I figured it was something like that based on the description when they went out for lunch. Considering I'm of British heritage you'd think I'd be familiar with those. I do like empanadas which seem to be pastie's cousins.

A snowflake shifter. Now that's an original find. :) But no HEA or HFN? Don't know if I can handle that...
The last one sounds good.

There is a HFN or I suppose projected HEA Janna, so it's okay, but I'll be honest, I felt really sad when he melted even though they'd only known each other 3 hours. :-) So it all works out in the end.

I read BA's and thought it was just me feeling yucky. Guess not.

Amazingly it was sad Lily. LOL Who'd have thought me of all people would be emotionally invested in a snowflake?

Yeah, it just didn't work for me on a few levels, also too many contrived rules which any 10 year old could have figured out how to get around.

A snowflake shifter? Really? Wow. Indeed quite handy to know about the buttsecks. I once read a swan shifter that was frankly, pretty creepy. Though the story sounds cute I just don't know.

That wasn't Duck was it Tracy? He was a swan. Although I just spoiled the whole damn thing for everyone who hasn't read it. LOL It was a cute story, not so much a shifter I guess because he couldn't go back and forth, but it was fun.

lol no this was some unbelievably ridiculous story about a guy who's trying to save his hot air balloon company...and happened to be a swan shifter. It was so bad I've blocked the name out. :)