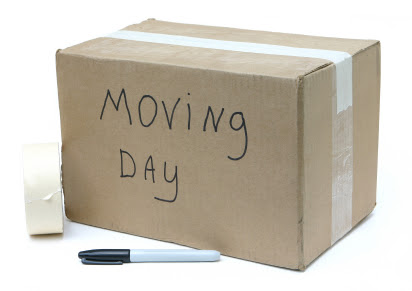 Thankfully it's only moving our offices at work. I am down the hall and around the corner. Also losing my window. Sigh. Only about 1/3 of the offices in our building have access to windows, however I have a door and am not in a cube so I guess it's a trade-off. I don't have much stuff to move and I packed it all up Wednesday so hopefully it won't take long. Except there is a domino effect. They can't move me until the person in the office I'm moving into moves, who can't move until the person in the office she's moving into moves, and so on and so on and so on. So I guess I'll know when I'm moving when the guys show up at my door for my boxes.

This is two little shorts about Trevor and Luke. Trevor is very serious and a bit of a workaholic. Luke comes over for the weekend but is basically ignored while Trevor works and is snapped at to provide some lunch. Oh Trevor gets a sandwich alright and it's not tuna. Ack! Trevor is NOT impressed with Luke's initiative.

In the second story Luke and Trevor have finally moved in together in their new house. Luke decides to "help" Trevor by setting up his office, which leads to coffee on the new carpet, a water stain, a hair dryer exploding and singed paint and curtains and house full of firemen. Things have not been going well since they moved in and they have to deal with the stress of what moving in means to them as a couple and as individuals.

The first one was very funny, while gaggy as well. The second had some funny moments, only Luke could burn down the house setting up a desk, but it also covered some more serious themes as well. A great little set of shorts though for a nice light read.

This is a sequel of sorts to Lemon Yellow: Making Lemonade with Evan's best friend Troy. Every Monday is Margarita Monday at Troy's. One week there is a noise complaint and as the community security guards arrive they hear someone screaming so they burst in. Seems Troy's ex broke the coffee table and got glass in his ass. Security guard Jeremy is instantly attracted but Troy doesn't do relationships, not since the ex cheated on him ten years ago. However he's desperately attracted and Jeremy is as well but he doesn't do flings. They can't deny the attraction and both are drawn despite their misgivings and their own baggage they have to deal with. I really liked this one a lot. I liked how they both tended to blurt things out that would have left me standing their blinking and you could sense their passion and attraction. It was a fun read and you did get to see a bit of Evan and Gray from the first book. Not tons of angst so a nice fun read with lots of sexual tension. I'm dying to know what the scoop is with Jeremy's BFF Riley and the threesome he befriends. He was quite a character that appealed while making you cringe when he opened his mouth. GFY? Hmmm TC? Please? A foursome? Just sayin'. :-D

After a messy break-up, Kevin moves to Austin to help his brother and his husband run the bar they own. His brother's husband, Tito, is a former boxer and his ex is trying to keep him away from his two young kids by saying he's violent. When he punches a customer who attacked his wife and then Tito, Kevin takes the fall so that Tito's ex-wife can't use it ammunition against him. He saw a hot guy who he finds out is a cop. The cop is equally attracted but has his own baggage and doesn't want to get involved with a "criminal". There was a lot in this story, Tito and Jack's drama with the ex and trying to get to see the kids more, plus Kevin and Cruz and then there are the two bartenders that Kevin kind of hooked up with for a bit. However I did enjoy it and would have liked to know more about Tito and Jack's story as there are little bits about how they met and why Tito had to give up boxing, but it would be an interesting story as well. The kid element was cute and I am a sucker for guys with kids too. I won this from the author so thanks so much AJ. I enjoyed it muchly.
Posted by Tam at 10:39 PM

I loved The Jitters stories. Yes the first one was a little gross, but I was killing myself at Luke's actions. The second one had a good mix of laughter and poignancy.

I have the TC Blue story in my TBR pile.

I'm reading TC Blue's story right now, although I'm not very far yet. And I picked up Jitters last weekend!

Hope the move goes well. My last work move was of the cascading sort. A pain.

The first one was very funny, when it happens to someone else. LOL I think you'll enjoy margaritas Jen. :-)

Hope you enjoy it Chris. We'll see how the move goes, I'm not holding my breath that it will be seemless. LOL I have to leave at 1:45 for a meeting out of the office so I may have to leave it in the capable (?) hands of the movers and see what happened on Monday morning.

A door but no window? Find a poster of a view you like and hang it on the wall and pretend you're looking out the window!

I have got to catch up on my TC Blue!

We are in what we call a pod. Imagine 6 offices all surrounding a small open area. Only two of those office can be on the outside wall, so the rest of us get ambient light. Oh well, I can close my door and shut everyone out. :-) Even the light. At least my office was fairly clean, two of the other ones are FILTHY. Gross. I cleaned my office with Fantastic with bleach before I left. I'd hate to leave a bad rep in my wake.

It was a fun read Wren. Have a good weekend.

I haven't read any of these but I like the sound of them all.

It was pretty good Lily, I can finish settling in Monday (aka find the plug for my coffee maker).

They were all pretty good reads this time around.

Sorry about the loss of your window. Good luck on finding the plug for your coffee maker. I'm such a caffeine junkie I would much rather live without a window than my joe.

I only drink coffee at work Stephani and only in the morning. I think I need an extension cord because for some reason the coffee maker has some kind of miniature length cord.

My classroom doesn't have windows, and I lived in a basement apartment when I first started teaching. Of course, it didn't have windows either. I would go a whole week at a time without seeing the sun. I am sure, though, that you will enjoy having that door.

I'm going to have to put all these books on my list.

At least the open area outside the office has all natural light so it's not that bad.

They were all good reads this time Eyre.

The good part of no window is no creepy birds looking in at you. :P Oh, and no loss of heat or cool air in less moderate months, right? :P

Glad you enjoyed Margarita Mondays, Tam. It was a fun one to write. I had a blast with Troy and Jeremy dancing around each other, right at first.

Riley... probably one of my favorite characters to write. Likely because I totally identify with the whole lack of brain-to-mouth filter. LOL

Hmmm... a GFY with Riley? But Riley's straight! Just ask him. :P He would never hook up with a guy. Y'know, unless he did.

Vague enough for you? I could possibly vague it up a bit more if I really tried...

~Tis *scampers off to work on... something she's not naming just yet*

Yeah of course he is. Whatever you say. *wink* *wink*

Scamper away my dear, I'll try and be patient.