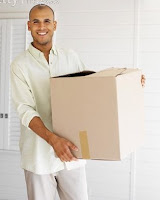 Hmmm. I wonder if there is something special for me in that box? I can hope. Although it seems awfully light to hold a twinky boy. Hope everyone had a super Christmas Day and is enjoying their Boxing Day. The weather is awful here with freezing rain although the trees look lovely with their light coating of ice. We are staying indoors today and off the road. We have lots of leftovers, Top Chef marathon on TV and e-books aplenty to read. Here's a few I read the last day or so.

This is the follow-up to Fire on the Mountain which I read a week or so ago. Very different. That one was two guys, mother nature's wrath and exploring their feelings. This one is prostitution rings, work politics, threats to their affection for each other with still some mother nature's wrath thrown in. Jake and Kurt are spending the winter working for a ski resort. Kurt as a ski instructor for a very upscale well-paying school and Kurt is running the lifts while trying to learn to ski. Kurt finds out there is a reason his ski school charges so much for "lessons" and tries to get out of his contract by threatening to go public which causes another employee to threaten Jake and him. There's an avalanche and another employee who has his sights set on Jake and Jake and Kurt still learning about each other and living together. A very different feel to this book with the outside influence to their relationship and their lives but I still enjoyed it a lot, really like the characters and would love to see what happens to Mark and if he can find his HEA. I still don't like cold and snow, even if it involves hot guys. :-)

This is a revisit of Eli and Geoff from Love Means No Shame which I haven't read. Eli is a member of the Amish community who found love with Geoff in the other book. His family hopes to see him at Christmas but he's torn between them and Geoff because he can never tell them he's gay or they will be shunned by the community. As a gift Geoff sends him off to spend the day with his family knowing he gets him every other day. While there Eli realizes that Geoff and their friends (surrogate family) truly loves him for all he is which his bio-family never can. This would probably have been "better" for me if I'd read the other book because of course I didn't "get" all the nuances to the story. But as a result I did buy Love Means No Shame today so while I'm doing it in the wrong order it has piqued my interest.

Got Mistletoe by Andi Anderson (63 pages)

I bought this today based almost entirely on the cover. Those pants. Blake is looking for wrapping paper and asks Rudy for help. Rudy is exactly Blake's type, perky, bubbly, cute as a button. After some stuttering and stammering Rudy's coworker helps them get together. It's basically just a cute story of very nearly insta-love where the strong sensitive alpha is totally smitten with the bubbly twinky boy. A theme I love. So it's just a cute story and while they don't profess to be in love they are totally ga-ga but it works for me in this one. Did I mention those pants?

Four Grooms and a Queen by John Simpson (59 pages)

This is a revisit of the characters from Murder Most Gay which I haven't read either. It's the four characters from the other books, Pat and Hank receive promotions to detectives at work thanks to their previous exploits. To celebrate Pat decides to ask Dean to marry him in Boston at Christmas. On a whim Hank decides to ask Shawn as well and they'll have a double wedding. I didn't connect with this book because I didn't know the characters and something about the style of writing didn't work for me. Not sure what it was but sometimes you just connect with a style and sometimes you don't. But for those familiar with the 4 guys I'm sure it was a great revisit to see them happily married.

So glad you loved the snow book. :)

Good Grief my thingy word is godrim. Two words which should never be put together.

*blink blink* Oh, poor Jen. Probably KZ or Tam should write a story with that as title. ;)

So other than the book with the cute pants on the cover, everything you read was a follow up story to something else? Hmm. Speaking of which, did you see that there's a new PsyCop short over at 1romance?

Too funny Jen. But I'm sure he wouldn't judge.

I just finished Mistletoe but I'll report on that next time. It's easy writing and characters to get hooked on.

I didn't even notice that until you pointed it out Chris. Huh. I guess lots of Christmas stories revisit old friends. Did you see the snap thing on those pants? 0_0 I got Jordan's newsletter today with the notice about the book, I'll definitely be snapping it up.

He wouldn't have invented it for no reason, Tam. Just sayin'.

And, ok, I need to get the twink book. I love me a sweet alpha/twink story. :)

Yeah yeah, tell Jen that, she was the one freaked out. LOL

As long as you get past the "I've known you 48 hours and want you to meet my family aspect of it" it's a cute story. For shorts I'm more likely to forgive such little things.